For the majority of people visiting or traveling through South Korea, Seoul (or maybe Busan) is the extent of their experience. These ultra-modern cities offer a great deal to a person wanting to experience today’s Korea, but offers very little if you are wanting to experience something more authentic. Don’t get me wrong, Seoul and Busan are fantastic cities. They provide endless entertainment and a wide variety of cultural elements all rolled into one. Cultures cross pollinate and blend in major cities and this happens in Korea in a really interesting way. For this reason we recommend exiting these major cities in favor of the more remote and secluded provinces like Gangwon or Jeolla if you are interested in getting a feel for what Korea is really like if you strip away the imported cars, high fashion, and high rise apartments. 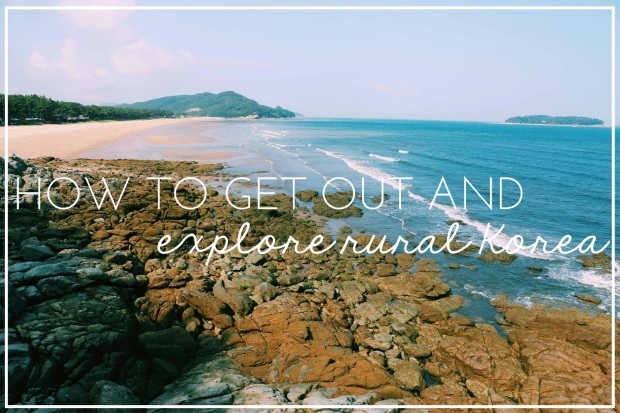 One of the most obvious differences between urban and rural Korea is landscape. Korea has roughly 731 billion mountains. I’m not sure about this number’s accuracy, but it’s pretty close. Since it is difficult to build a large city on mountains, the largest cities are naturally located in the biggest valleys. Once you leave these metropolital areas, though, you’re guaranteed to be on a winding road or rail that has to avoid the 14 trillion mountains or tunnel through. Luckily, the mountains here are beautiful. In every pocket and each valley you’ll find little communities and small cities where life has a markedly different feeling.

After you bow to the overwhelming number of mountains, you’ll notice that travel is slowed. To go anywhere in Korea you have to avoid mountains and this adds time. This change of pace is reflected in the attitude of Koreans living in more rural provinces as well. The bali-bali (“hurry hurry”) culture that is written across every high-heeled woman sprinting through Gangnam’s face is forgotten (to an extent- don’t get me started about taxis). People are more relaxed and willing to share a smile. Very rarely have we found the same hospitality and warmth from Koreans that we see daily living in Jeollanam-do in larger cities. 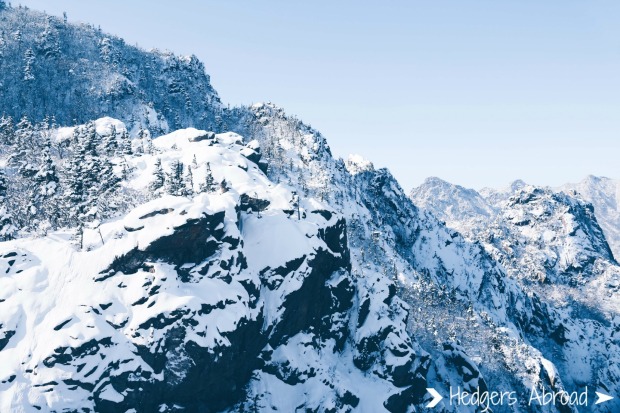 The food is also much better outside of Seoul. While you won’t find the selection of foreign food that you might enjoy in the city, Korean food greatly improves as you move south. The seafood near the southern coast is fresh and delicious but all forms of Korean cuisine seem to be more flavorful outside of Seoul. This is especially true when you can find out what city is famous for certain foods. Andong is a city we visit frequently for their awesome cultural heritage sites as well as being the home to Andong Jjimdak, our favorite Korean food. Likewise, bibimbap lovers should visit Jeonju, dakgalbi fanatics should pilgrimage to Chuncheon, and those looking for seafood should visit just about any southern coastal city. You’ll be amazed by how much better the food outside of Seoul is. 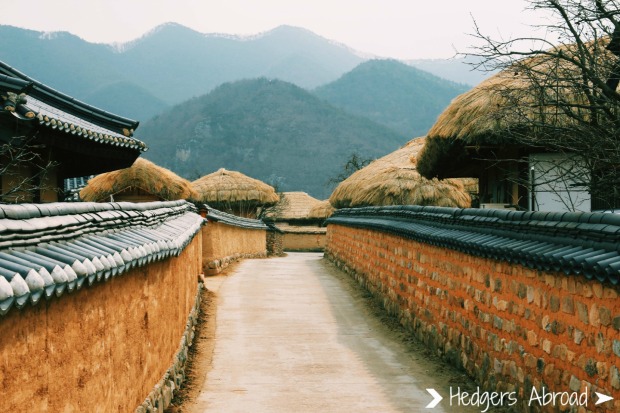 Public transportation in Korea is exceedingly simple and typically very easy to navigate. Leaving the city may seem daunting and extra foreign with language barriers, but it generally proves itself to be easier than you’d expect. The main modes of transportation when lacking your own wheels is train or bus, but there are also ferries, taxis, and airplanes.

Buses are probably the most commonly used transportation and the network of bus routes crisscrossing South Korea is massive. Nearly any city can be reached by one of the two bus terminals in Seoul, and reserving a ticket is very easy. With no Korean language skills, you can generally book a ticket just knowing the name of the city you want to go to. Time tables are generally in English as well, so times can be determined with pen and paper. I’ve also found many bus terminal workers to have enough English skills to assist you. Like travel in most of the world, showing up and being patient will typically lead to you getting whatever ticket you need. The same can be said for trains and planes with the added benefit of easy online booking. You can check out bus information online in English HERE, but this website does not allow you to book in advance. THIS site is used for making reservations, unfortunately it is not in English and can be difficult to navigate. We recommend getting help from someone who can speak Korean, or just go to the bus terminal the day of and buy your tickets. Most rural city destinations will not be completely sold out.

A very rural bus stop. You will likely never have to use these. Buses and taxis are readily available in even the most rural towns.

Train tickets can easily be purchased in English from THIS site and private airlines operating out of the smaller airports will have their own booking sites, usually in English as well. When travelling by train there are several options. The KTX is Korea’s high speed bullet train. By far the fastest, this option is also the most expensive and has the fewest stops throughout the country. All of the trains are of about the same comfort level if you’re riding Economy, so if you have time, riding the Mugunghwa will take a little longer but save you about half of the cost of a KTX ticket. There are other options like the ITX and Nuriro, but they aren’t as common. One of the benefits of train travel is getting to see the countryside while you’re travelling. Because of the mountains you’ll spend a good amount of time in tunnels, but there’s nothing quite like passing through farm country and terraced rice fields on a train. 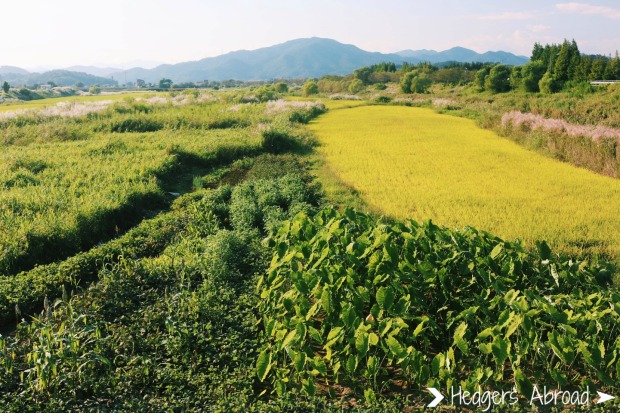 Countryside views from the train 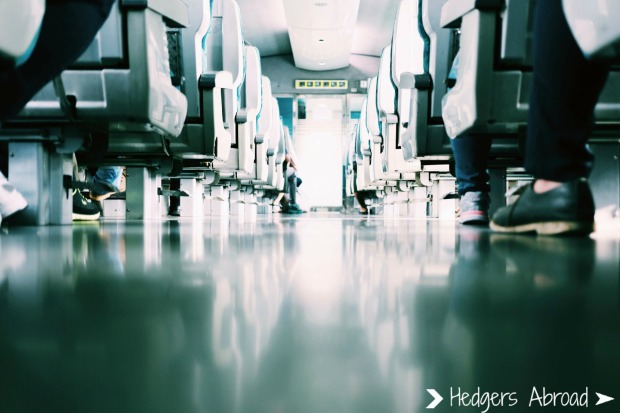 There’s much more to Korea than just Seoul. Like most countries, the experiences you’ll have in the rural areas among normal everyday people will be enriching and memorable. Leaving the comforts of Seoul is not only very simple, but also rewarding. Korea is diverse and beautiful outside of the concrete jungle. There are even sunsets and stars at night (I know Seoulites have forgotten about the existence of such things, but we almost cried the first time we saw them after leaving Seoul). If you’re in Korea or planning to visit, please make an effort to explore beyond the capitol city and Busan. We moved south after our first year and we’ve never looked back. Sure, there are things we miss in the big city, but there’s a magic to Korea that exists in the rural areas; a heartbeat that is uniquely Korean. I don’t care how you do it.

14 thoughts on “How To Get Out And Explore Rural Korea”