This weekend, we celebrated my birthday, beach-side, along with a few of our really good friends! Two of our friends happened to have birthdays around the same day as mine, so we all decided to celebrate together at a nearby beach. The Bangjukpo beach on Dolsan Island is really beautiful and decently secluded. There were a few other families there, but the atmosphere remained pretty laid back and quiet. We were fortunate enough to get a ride there with our friends, but a taxi ride out there wouldn’t have cost very much money.

The plan was to relax all afternoon, and then camp out overnight. You aren’t technically allowed to camp on the beach, nor in the trees behind it, but there is a small campground with platforms for you put up your tent not too far away. Everyone came prepared with camping supplies, food, drinks, and games. We all set up camp together and then settled in. Our friend Mara made cute “Happy Birthday” signs to hang up on our tents! 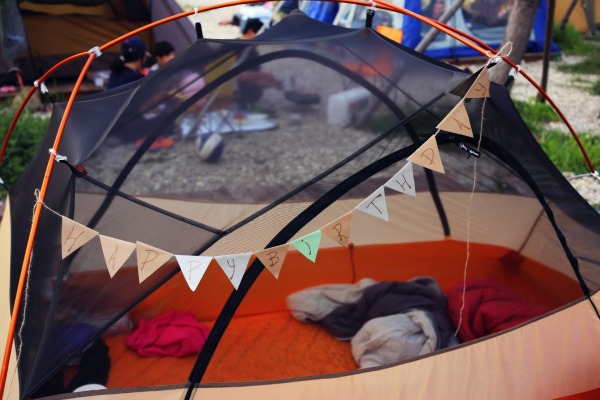 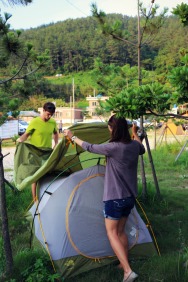 After a relaxing on the beach and a quick game of tag football played by the boys, we were all getting pretty hungry. Five grills were shared between the nineteen of us and everyone seemed to have brought a different kind of meat. Chicken, kabobs, pork, burgers, and hotdogs were cooked and consumed rather quickly. We got a few funny looks from the locals since we were grilling out in such a large group on the side of the road. 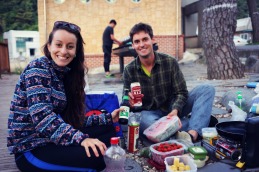 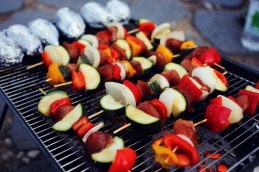 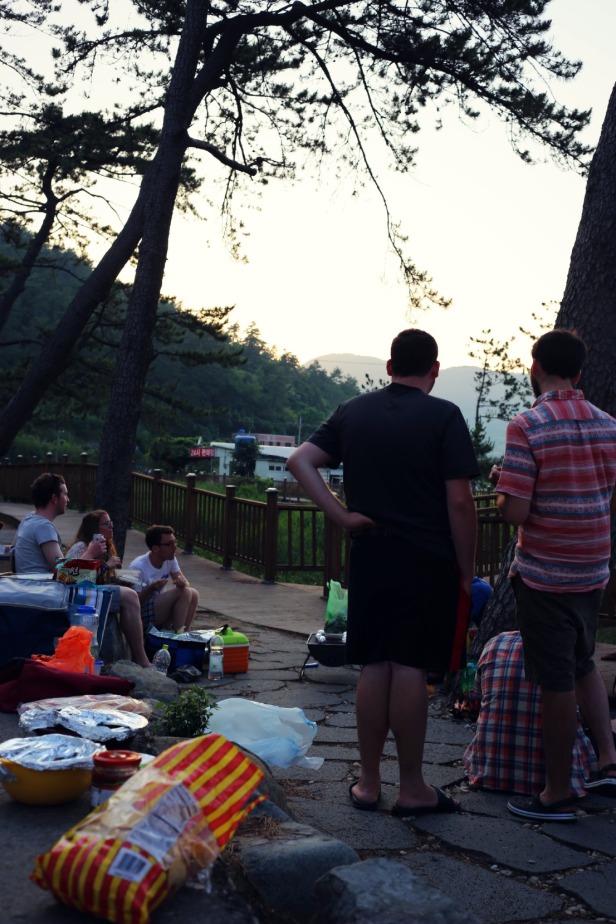 Eventually the sun went down and it was decided that a beach campfire was in order. The guys quickly hiked up the mountain near the beach and gathered as much wood as they could carry. Soon, the fire was going and music was playing. We cooked up some smores and sat around in bliss. To top off a seemingly perfect night, some roman candles were lit and the lights filled the sky. Slowly but surely, we all crept back to our tents for the night. 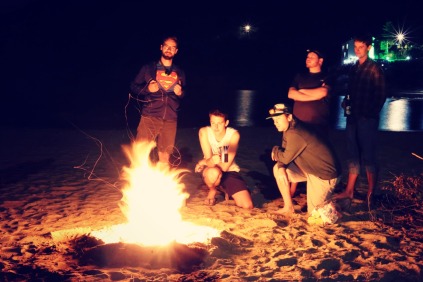 I couldn’t have hoped for a better birthday. We are so grateful to have such an amazing group of friends.