This weekend we summited the most incredible mountain we have ever hiked! We had seen pictures of Gwanaksan before, but they just don’t do it justice. So far all the mountains we have climbed here we simply see them off in the distance and just start walking towards it. I’m sure there are easier ways to get there, but we enjoy a pre-hike to our actual hike. Gwanaksan was no different. We knew it was located around Seoul University so we took the train there and looked around to see if we could spot the mountain. Sure enough, you can’t miss it! However, finding one of the three hiking trails was a different matter. 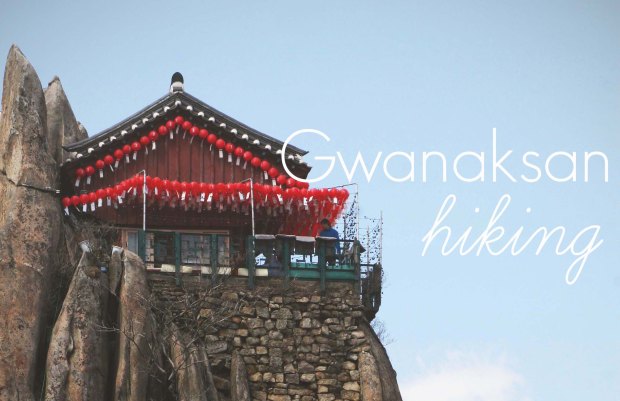 We walked all through Seoul University trying to make our way to Gwanaksan which was on the other side of campus. This took forever since the university is on a steep incline all the way to the base of the mountain. We were really turned around and could not seem to find the hiking trail when we came across a sign pointing us to this small temple in the woods. We stopped there and looked around before deciding what to do next.

All of a sudden this man comes down the side of the rocky mountain in full hiking gear. We couldn’t figure out what on earth he was doing until two more hikers suddenly appeared and began hiking up the sixty degree incline. It didn’t look like much of a trail, just a bunch of rocks, but we followed them anyway. A little ways up we started noticing all the ropes hanging from the mountain to assist you on your accent. The mountain kept getting steeper and steeper and we had no idea if we were even on Mt. Gwanaksan. We figured we could get to the top and get a better look at where we were.

The trail opened up a little bit and after about an hour of hiking we reached an area where we could look out and see where we were. Sure enough, we had found the right mountain! The further we climbed, the crazier it got. Ninety degree inclines up rocks with nothing to help you but an old dirty rope. Every time we thought we were getting to the peak, we would see another ridge of rocks and ropes ahead. We kept climbing and eventually noticed we went so high that the mountain still had snow on top of it! 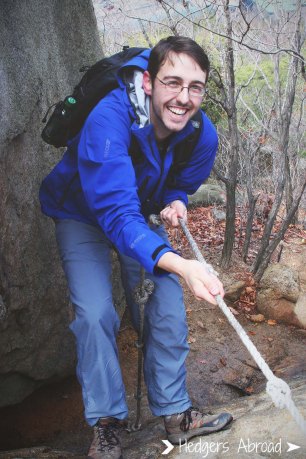 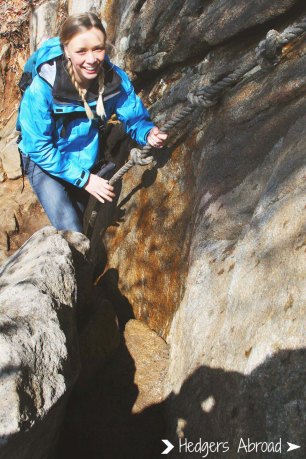 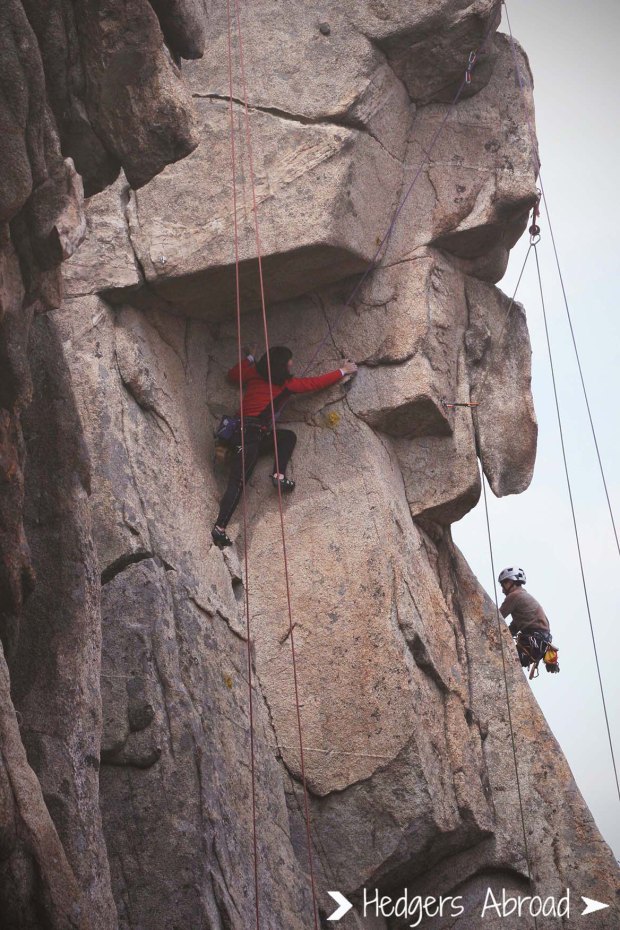 When we finally reached the top, at 629m, the view was beautiful. An old man who had been hiking behind us got so emotional that he tried explaining his feelings to us in Korean and eventually just started yelling what could only be “LOOK HOW WONDERFUL!” in Korean over and over again with a big smile on his face. 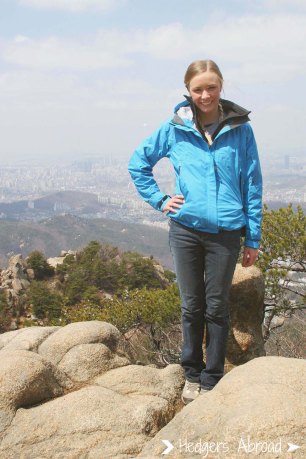 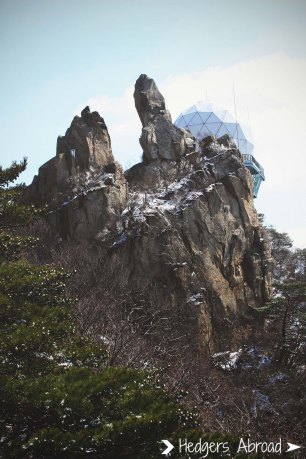 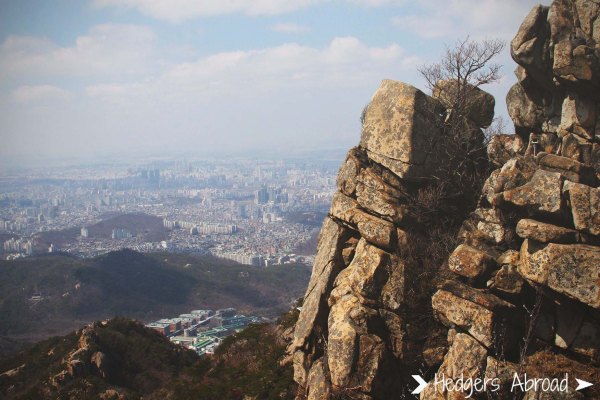 At the top, there is a weather station that monitors all of Korea’s weather patterns, a hermitage (Yeonjudae) built in 677AD precariously perched on the side of the mountain, and another hermitage (Yeonjuam) with the most amazing view out over the city and mountainside. 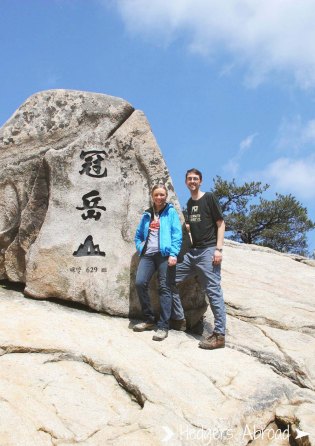 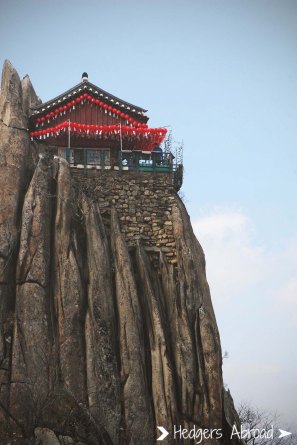 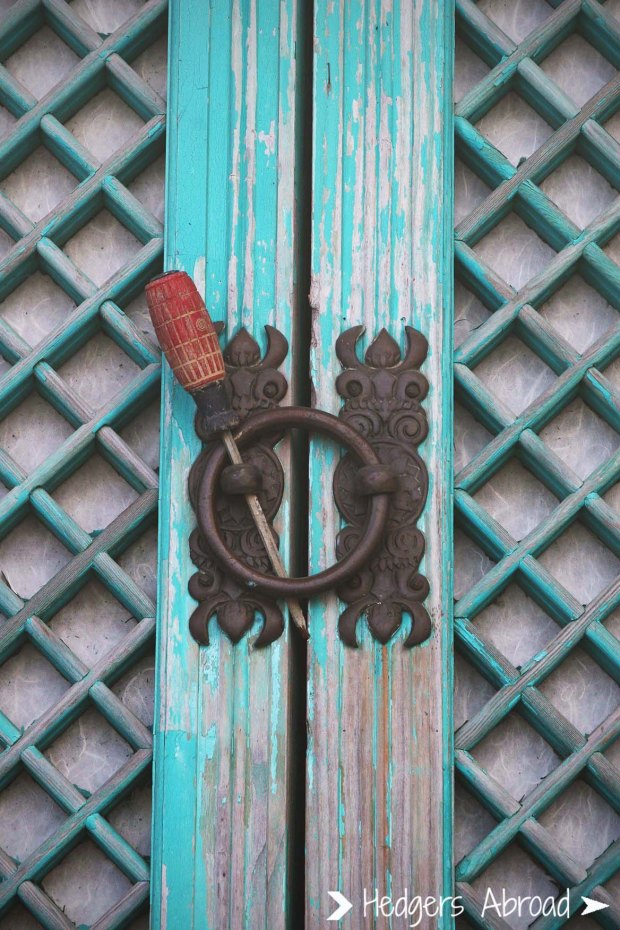 After taking a break off the trail to have lunch and drinks, we saw that on the other side of the mountain, there was a stream that flowed all the way to the base with a rocky path next to it. Instead of roping back down the way we came, we decided to just descend down the other side. The water was so clear and halfway down the mountain, there was a station with dipping cups for hikers to drink! We weren’t brave enough to try it, however. 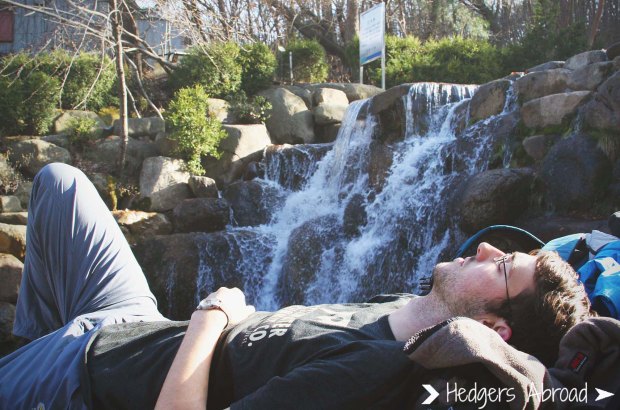 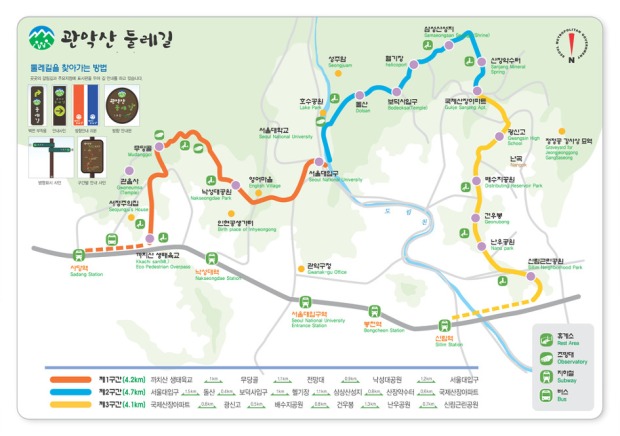