We did it! We got our work visas and are now officially legal to live in South Korea! Early on Thursday morning, we flew to Fukuoka, Japan to go to the Korean Consulate. We went with one of our co-workers, Andrea, who also needed her work visa. Our return flight was late on Friday, so we had two full days to explore the beautiful southern coastal city.

When we left Seoul it was rainy and cold, and upon arrival in Fukuoka, we were greeted by palm trees and 65 degree weather! We were concerned about having no actual knowledge of the area or the language, but to our surprise everything worked out perfectly! We made it to the Consulate by the eleven a.m. deadline, and within fifteen minutes had successfully forfeited our passports for the next twenty-four hours while they processed our visas. 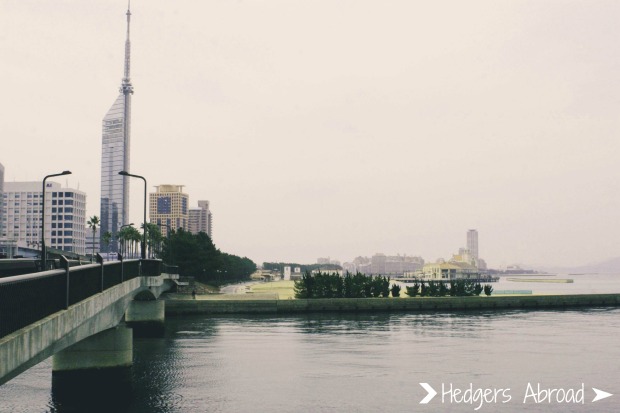 Afterwards, we had plenty of time to kill so we found some tourist information and then quickly headed to the beach. With Japanese sand between our toes, we ran out into the surf only to find the water to be quite frigid. Nevertheless, we stood out in it long enough to snap a few pictures before returning to dry land.

We were starting to get quite hungry, so we slowly made our way back towards town looking for a place to eat. We were getting a little frustrated after wandering around with no luck when this sweet old lady riding a bike in spiked golf shoes approached us. She spoke a bit of English and asked us if we were lost and needed any help. We told her how hungry we were and she proceeded to load Andrea’s bag into her bicycle basket and walked with us 6 blocks to a cheap little hole in the wall restaurant!

Once we filled up on the traditional Japanese Italian $3 pasta meals, we realized we were still fairly far away from our hotel that we had booked. With taxis being so expensive, and us on a limited budget, we were worried about running out of money. While contemplating what to do, we discovered that on the other side of the restaurant was a hotel, so we walked over and booked two rooms for the night. Andrea decided to rest for a while, so we went on a hike around the city and nearby parks. 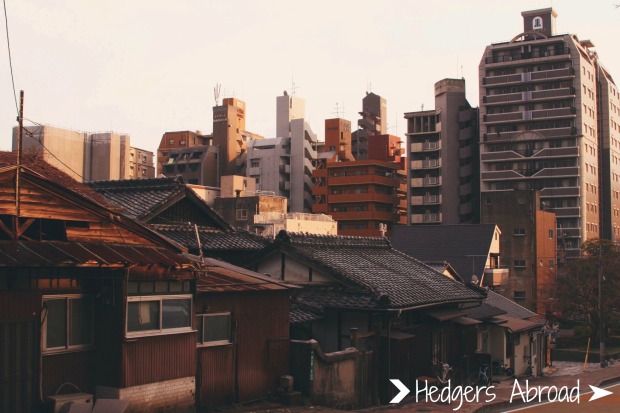 We were in need of some rest ourselves, so we returned to the hotel. The room was Japanese person sized, so Ryan had to watch his step everywhere he went. The room also came with sweet matching robes so we posed for a few pictures. 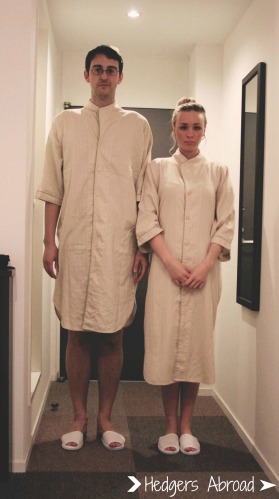 The next day we were up super early again for a complementary western style breakfast, then we were out the door for some more exploring. We went to the Fukuoka Castle Ruins and Ohari Park, which is now a dammed up section of the old castle moat. Some of the cherry blossoms were already in bloom and looked beautiful on the castle grounds.

Then we hoofed it to the Korean Consulate to pick up our new visas. We walked in and got them in less than five minutes! So total time spent getting our visas on the trip came to a whole twenty minutes.

With all the extra time before our flight, we took the bus to Canal City in Hakata. Again, we were offered assistance by strangers to help us find where we needed to go. Canal City is a 5 or 6 story mall and park. It is like the riverwalk in San Antonio and the Mall of America combined. 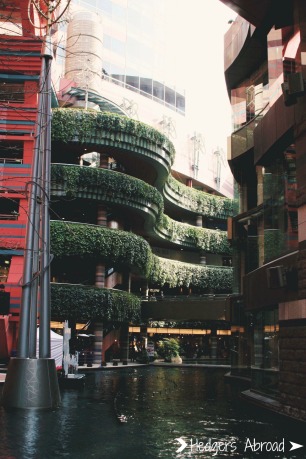 We had a wonderful time but started to get hungry. As we wanted to see some more markets and the older areas, we left the Canal and started exploring a nearby market. We wandered around the shops and found several souvenirs. In this area there was also a beautiful Buddhist temple that was tucked into the folds of the city. It was interesting to see people on their way home from work stopping in to pray and complete their rituals. We grabbed some Inari and drinks at a restaurant in the market before we had to head back to the airport for our return home to South Korea. 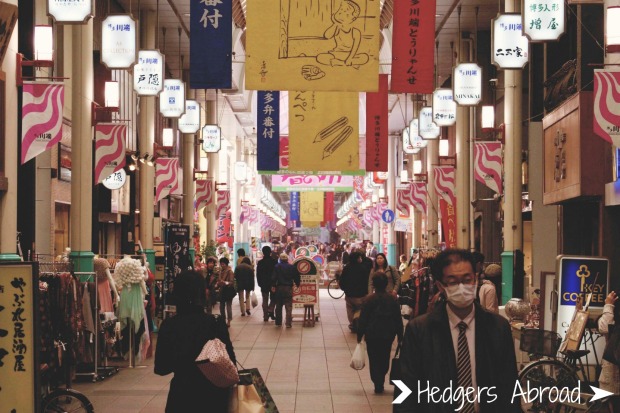 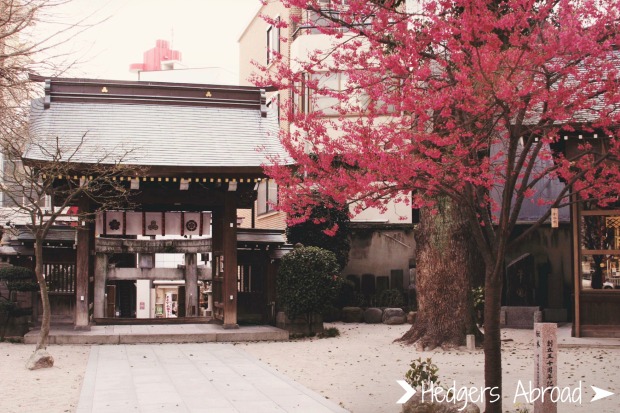 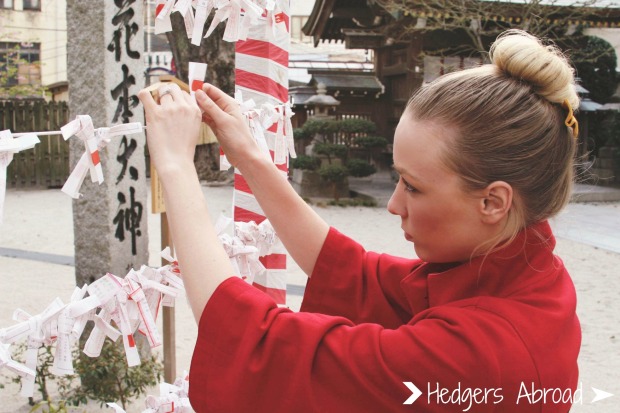